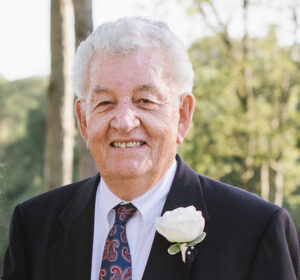 To make a donation in honour of Don click here

The Foundation is saddened to announce the passing of one of our most admired founders. Without Don’s vision and leadership, community philanthropy would not have the deep roots in our Town that it does today. Don inspired philanthropy in his family and his friends, many of whom he introduced to the Oakville Community Foundation.

Don graduated with a Business Degree from the University of Western Ontario in 1957 . He married his wife Marilyn that same year and they remained happily married for 63 years. Don also served as the Chair of the Canadian Council for Aboriginal Business (CAB) in its initial years, focusing on building bridges between Aboriginal and non-Aboriginal peoples through diverse programming.

Don was a founding member of the Oakville Community Foundation, where he and Marilyn were among the first donors to establish funds.  As a believer in the purpose and place of the community foundation, they created their Family Fund in memory of their late son, Brad. Along with being a visionary creator and Fundholder, Don also served on The Foundation’s Board and Finance and Investment Committee.

Don was a lifelong learner and avid crossword fan. He enjoyed hunting, fishing, gardening, travel and golf, but it was his family that he nurtured and cherished and that gave him his greatest joy in life. He loved nothing more than Sunday night suppers with his family gathered around him.

Those of us fortunate enough to work with Don have lost a dear friend and inspiring mentor.

Don leaves behind a legacy that only he could have built, and one that will live on at The Foundation forever.

To make a donation in honour of Don to the Donald and Marilyn Noble Family Fund, please click here.