What does it mean to leave a lasting legacy? When we pass on from this life, our remaining family members and friends are often faced with the struggle of making final arrangements during a time of tremendous grief. You can alleviate the stress on your family and ensure that your wishes and passions are celebrated by establishing a Legacy Memorial Fund.

On September 26, husband, father, grandfather, and philanthropist Don Noble passed away in Oakville. A kind, generous and curious man – as described by his wife Marilyn and daughter Debbie – Don left behind a loving family and great legacy.

He loved gardening, golfing and completed the Globe and Mail crossword puzzle every day. But most of all, Don loved his family.

Don grew up in Shallow Lake, Ontario – a small town just outside of Owen Sound – with his parents and seven other siblings. They went to church every weekend which, according to Debbie, was instrumental in Don’s belief in the obligation to give back to his community.

Marilyn and Don met at a dance at Sauble Beach, while Don was going to Western University and Marilyn was teaching. Marilyn’s friend noticed that Don was looking over at her and encouraged her to accept a dance.

“I looked like a sour grape because I didn’t really want to be there,” laughed Marilyn. “But he asked me to dance. After, he said he’d like my phone number and I said, ‘Well if you want my number it’s in the book, you can look it up.’ He couldn’t believe what he heard.”

Shortly after their chance encounter, Don asked Marilyn to go on a date to the movies, which then turned into 63 years of marriage.

“A chance to give back.”

“He had always been a member of the church and participated in fundraising,” said Debbie “But I think when he retired he really got the chance to give back to his community and that is why he did a lot of this.”

“It always came back to family.”

After his retirement, the Noble family settled in Oakville and Don got a chance to spend more time with his family. His first project was a book written about his father Percy, who spent 15 years as a Member of Parliament, and the Noble family. Each of Don’s siblings and relatives was given a copy of the book, “The Noble Effort.”

But it was the family time that was most important to Don.

The dinner table on a Sunday evening at the Noble house was always filled with food, family and conversation. They’d trade stories and discuss the news and current events. After dinner, Don’s granddaughters, Jessica and Ashleigh, would head into his office to grab three Werther’s Original butterscotch candies from their hiding place, one for their grandfather and one each for themselves.

“They would come to the table and say ‘Grandpa, I think it’s time to take us for a walk,’” said Debbie. “And he’d get up and sure enough they’d have the candies in their hands or in their pockets.”

“He was really all about following your dreams and figuring out what it is you want to do in your life and try to do it,” said Debbie. “Even with my girls, he wanted them to pursue their education and then find something they liked. You work to live, not live to work.”

Don loved to know what was going on in his family’s lives. Debbie attributes her career as a lawyer to her dad’s encouragement. He always tried to research the careers and jobs his family was pursuing to be able to help them and be able to offer advice.

About 8 years ago, Don became the oldest recipient of a kidney transplant after spending several months on dialysis. It came back to the family then too, as Debbie donated her kidney to her father.

Debbie recalls waking up the morning after the surgery and opening her eyes to see her father standing at the foot of her bed.

“He walked over from his room with his IV pole and the second I looked at him he said, ‘What are you doing? You’re not out of bed yet?’” recalled Debbie. “He finally had a kidney that was working for the first time in ages so he was feeling great. I told him to go back to his room but that was Dad: he had to come down and make sure with his own eyes that everything was okay.”

It’s been a few months since Don passed away, but his favourite Noble family tradition continues with Sunday night dinners and the chance to be around the table together. 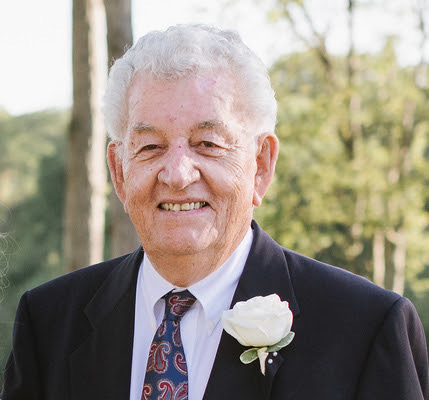