“What better place to begin to seek the Truth than your own local community?”

Mississaugas of the Credit First Nation and Oakville, Ont., February 28, 2021 –  The Mississaugas of the Credit First Nation (MCFN) and the Oakville Community Foundation have launched a new website for Debwewin (Oakville): The Oakville Truth Project, a local truth and reconciliation process of healing relationships, sharing truths, listening to the knowledge that is being shared and doing our part to redress past harms.

“Debwewin” is one of the seven Anishnabek Grandfather Teachings and refers to “truth.” This project raises questions about Oakville’s Truths and invites the community to become part of a truth and reconciliation journey towards mutually respectful relations between Indigenous and Non-Indigeous people.

Debwewin is inspired and guided by MCFN Elder Peter Schuler with membership from leading academics, historians, legal claims experts, Indigenous knowledge keepers and guides who act as the Debwewin Advisory Council. Our advisors have worked with the National Centre for Truth & Reconciliation, Missing and Murdered Indigenous Women and Girls Commission, universities, national museums and as advisors to many Indigenous communities across Canada. The Project is supported by Gimaa (Chief) Laforme and the MCFN Council.

The historical consultants on this project are Know History.

With a grant from My Main Street, the Debwewin website features a virtual map of the two treaties that Oakville lies on, information about the Seven Grandfather Teachings and several videos that introduce you to Debwewin Advisory Council Members who offer a starting point to begin conversations around Oakville’s Treaties and the Truth.

Dr. Karine Duhamel, who served as Director of Research for the National Inquiry into Missing and Murdered Indigenous Women and Girls discusses what the phrase “all my relations” means and shares the Indigenous perspective on the spirit and intent of treaties, sharing that we are all treaty people and treaty agreements are not just for the history books, but we all continue to have treaty responsibilities to this day.

Dr. Duhamel continues on to say: “Treaties are about what was, what is and what will be. When First Nations talk about treaties, we talk about the idea that treaties can be part of the fabric of society, but only if we really embrace them for what they were intended to be: agreements based on the original rights, on all of these living gifts, that are intended as an expression of friendships, of respect and prosperity for all future generations.”

To begin your learning journey today, go to www.debwewinoakville.ca. 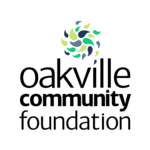 Oakville Community Foundation
The Oakville Community Foundation is a local charitable solutions provider, delivering the tools to realize your charitable passions. The Foundation acts as a philanthropic medium, providing donors with local research, knowledge and solutions to make an impact in the local community, today and in the future. With more than 25 years of leading expertise in the Oakville community, since inception, The Foundation has granted more than $53 million to support charities locally and beyond.