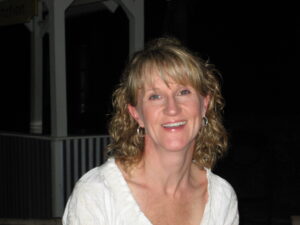 On December 3, 2020, Louise Mary Whiten, a wife and mother, and her dog Zack were both struck and killed by an impaired driver on their daily walk around the neighbourhood. Louise and her family had just moved to Oakville after finding their dream home and were excited about living in their new community.

Louise had many passions in her life but none greater than her family, including her two sons and husband. Her family supported her many interests including her career.

Louise attended both Queens University and Western University for biologyand speech language pathology, respectively. She became a leading expert in speech language pathology focussing on preschool-aged children with autism. During her career, she assisted countless children from birth with their speech at several organizations including ErinoakKids Centre for Treatment and Development before moving into private practice.

The family asks that you consider giving your support to the Louise Mary Whiten Memorial Fund to honour Louise’s legacy in her field and continue to foster her devotion to helping children.