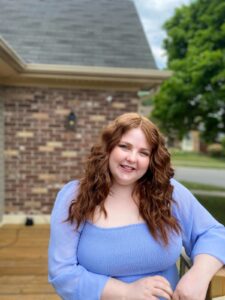 Waddell is The Foundation’s Social Media and Communications Specialist. Courtney has two distinct roles, first being responsible for The Foundation’s social media, eNews communications, website updates, events and other external messaging. She also plays an active role in the Philanthropy focused work, with Fundholder and Donor stewardship, helping build stronger relationships with all The Foundation’s stakeholders.

Born and raised in Burlington, Courtney attended MM Robinson High School and competed as part of MMR Improv in the Canadian Improv Games for three-years. She obtained a Bachelor of Arts degree in History from Toronto Metropolitan University (formerly Ryerson University) and a postgraduate certificate from Sheridan College in Public Relations and Corporate Communications.

She has worked in customer service in a variety of different positions and as a summer student at Toyota Motor Manufacturing Canada in the Weld Shop. She began at The Foundation as a Communications and Events Intern in 2019 and has been here ever since.

As for why she ended up in the non-profit sector, Courtney says, “I never saw myself in the non-profit role but the 25 Community Conversations project really held my interest so I decided I would give the interview a shot. I feel really lucky that my internship turned out to be a fulfilling career.”

In the future, Courtney would like to pursue a career that puts either her history degree or her love of makeup at the forefront. She also wouldn’t be opposed to resurrecting her career as a retired theater kid. 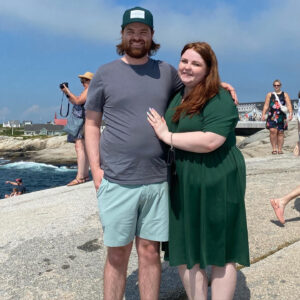 Courtney currently lives in Burlington with her fiance, Josh. They recently got engaged at Peggy’s Cove on a trip to Nova Scotia. Although she enjoys traveling she is never far away from her family and their dogs, Winnie, Poppy and Clementine.

Outside of the office, you can find Courtney  watching musical theater, traveling or doing her makeup. Her favourite place to visit is Greenock, Scotland, where her aunt and uncle live.

Courtney’s favourite TV shows are a tie between Saturday Night Live, Stranger Things and Unsolved Mysteries (but only the original with Robert Stack). Her favourite movie is Back to the Future. Based on these favourites, Courtney often feels like she was born in the wrong decade.

Courtney loves to do accents and impressions and she also knows a lot of fun facts about the Presidents of the United States. For example, did you know that James Madison only stood at 5 ft. 4 inches tall, or that Henry Harrison has the record for the longest inauguration speech which clocked in at 1 hour and 45 minutes? We hope that you have a chance to chat with Courtney whether it be online or in person very soon!

Get To Know Courtney Waddell!